Acupuncture: The most effective, non pharmacological, treatment for low back pain 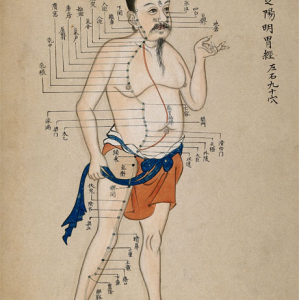 The most effective, non pharmacological, treatment for low back pain is no longer recommended by the UK’s National Institute for Health and Care Excellence (NICE)

Today the UK’s National Institute for Health and Care Excellence (NICE) published an update to its guidelines for the management and treatment of low back pain. The guidelines govern which treatments GPs in the NHS can offer to their patients who suffer with back pain.

Acupuncture has been removed as a recommended treatment. This decision reverses the one made by the 2009 committee, who included acupuncture on the basis of robust evidence.

Watch this 6 minute video which explains where NICE have gone wrong but more importantly some of the research that shows the effectiveness of acupuncture for low-back pain.

Below is some of the press release issued by New Zealand Register of Acupuncture.

The reversal by this committee stands in contrast to recommendations by research and policy institutions in other countries - the United States, Canada, Germany and Australia.  These countries include acupuncture as a safe, effective, non-pharmacological treatment for low back-pain based on evidence that shows acupuncture outperforms usual care, and has fewer risks and side effects than commonly used pain medications.

All other manual therapies reviewed and recommended by NICE, such as manipulation, massage or exercise, were primarily compared to usual care and generally were not shown to be better than placebo. Their superiority over usual care was less than that for acupuncture yet still it was decided to exclude acupuncture. By requiring acupuncture to outperform sham treatment, whilst not requiring the same of exercise or manual therapies for example, represents a bias in recognised guideline development practice, where great lengths are normally taken to compare treatments using the same measuring stick. NICE has not adequately justified why acupuncture alone was singled out in this way.

The NHS spends over £300 million pounds treating injuries caused by the use of non-steroidal anti-inflammatory drugs (NSAIDs). Conditions such as GI bleeds and heart failure result in two thousand preventable deaths every year in the UK. The new guidelines do caution that doctors should recommend the lowest dose of NSAIDs for the shortest amount of time possible.

Recommending access to acupuncture as an effective drug-free alternative to treat low back pain could easily lead to a reduction in the intake of harmful medications.

In New Zealand, patient treatments and GP referrals are not constrained by NICE guidelines, however, New Zealand GPs may well be influenced by these guidelines to not recommend acupuncture, a safe and drug-free treatment that is proven to be effective for the treatment of low back pain. Acupuncture NZ members have been recognised by ACC as Treatment Providers since 1990 and GPs throughout the country frequently refer their patients for acupuncture treatment.