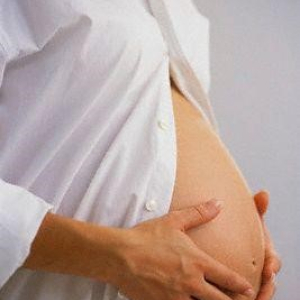 The large randomised controlled trial of acupuncture for pelvic pain in pregnancy was published by Elden et al. 2005.  The study involved 386 pregnant women.

The study compared standard treatment for pelvic pain (a pelvic belt, patient education and home exercises for the abdominal and gluteal muscles) with standard treatment plus acupuncture or standard treatment plus extra  physiotherapy stabilising exercises (for the deep lumbopelvic muscles). The study time frame consisted of one week which was used to establish a baseline, followed by six weeks of treatment. The acupuncture treatment was given twice a week and the stabilising exercise sessions one hour per week (with patients then doing these exercises several times a day on a daily basis). Follow up was carried out one week after treatment finished. Pain was measured by a visual analogue scale and by an independent examiner before and after treatment. The authors concluded acupuncture was superior to stabilising exercises in the management of pelvic girdle pain in pregnancy, with acupuncture the treatment of choice for patients with one sided sacroiliac pain, one sided sacroiliac pain combined with symphysis pubis pain and bilateral sacroiliac pain. View Abstract